How The Heck Do All Those Christmas Lights Work? 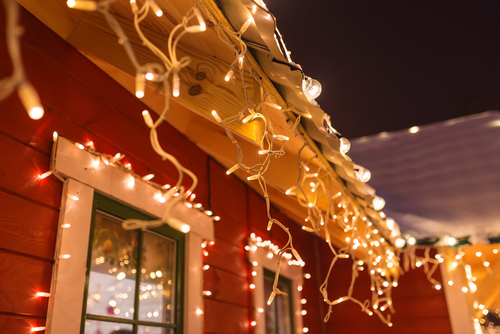 You may have seen flashing lights in your neighborhood that dance to the beat of the music or change colors. Nearly every community has "that one" house that lights up for Christmas each year. If you've ever wondered how the displays work and what you need to make your own, this will be a short overview of all the components and how everything works together.

A Christmas light show is made up of three main components: (1) the control circuitry, (2) the sequencing system, and (3) most importantly the lights!

You can arrange the lights together to create different props such as stars, mega trees, and snowflakes. To make the lights work, you need to pair them with power supplies and controllers. Specialized computer software tells controllers when to turn the lights on or off according to the music. These are the core of every light show, and we will go into detail about each component. Although you can't buy this stuff at Walmart, many companies will be willing to assist you.

Traditional incandescent bulbs are the most popular type of Christmas light. However, LEDs have been introduced recently. These strings are powered with 120V (in the US) when you connect them into the wall and keep lit until you unplug them. These are your regular Christmas lights. However, around 10-15 years ago, people connected them to electronic switches called relays. This allows the lights to be turned off and on with a simple microcontroller. It is the exact same technology as smart wall plugs today, but with a festive twist.

This technology could have controlled several relays that controlled the same number of light strands in a typical holiday light display. The technology worked well for a while, but things got more complicated.

Technology's next major leap was made five years ago, and it has changed holiday lighting since then.

It was tedious to turn on and off one strand of lights. People wanted more colors, brightness, and more effects. The popularity of LEDs was growing rapidly, and "Pixels," a new kind of light technology, came to market. These pixels are thought of as whole strands of smart RGB light bulbs. Each pixel is equipped with a microchip that instructs the LED on how to turn on or off and which color to use. Each pixel is connected to form intricate patterns and effects by lighting up one at a time.

There are many types of pixels and many various protocols for interacting with them. The most popular type of pixels uses a protocol called W2811. The simplest way to think of it is that the pixels in a string receive data sequentially. They then decode the data and pass on the data for the next pixels. Each bulb receives a different intensity value, which is the actual data being transmitted.

These lights were originally intended for digital signage and theatrical productions. Modern RGB lighting strips are individually addressable and use the same WS2811 protocol as in traditional gaming rigs. In addition, holiday lights are waterproof and can be purchased in lengths of approximately 10-15 feet. They also cost significantly less.

The props are used to arrange the lights, where creativity comes in. You can create different shapes using corrugated plastic, pipe, and other custom structures. Although the lights are standard, the props are made from unique materials and require a lot of design work to determine where the pixels should go. They should also be strong enough to withstand winter without falling apart. 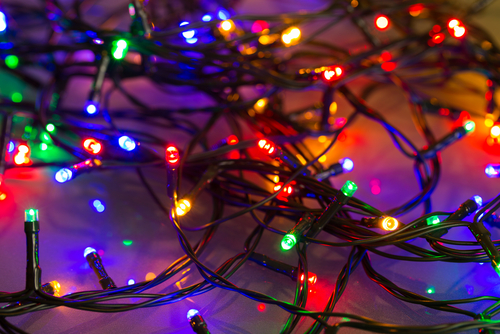 It is similar to composing a concert orchestra. Props such as trees, stars, snowflakes, and arches are used to arrange the lights. As the lights come on, different props are combined to form an orchestra. Special software is required to choreograph the various elements of music using lighting protocols.

xLights, which is open-source and free, is the most popular program. Each show element is assigned a track. Shows are built sequentially according to a timeline. You can apply many effects to individual elements and groups. Every show is unique, and each effect can be customized to your liking.

The software uses a reference image of the venue to create a grid showing where the lights are placed. Complex patterns can then be added to the grid. Some effects may only illuminate one strand, while others can move throughout the house.

After the show design is completed, the file can be exported in a format containing each light's color data. A typical show will have a refresh rate of between 20Hz to 40Hz. This means that the output file includes the status of each bulb for each frame.

These lights are amazing, but they require power supplies and controllers. Two types of controllers are common in a typical show. The first is a show-computer that stores the sequence file and then transmits it to all elements. Controllers that interface with the lights are the second type of hardware required to run a show. Although they come in many sizes and shapes, the controllers do the same thing. These controllers convert data from the show computer to the WS2811 protocol, which drives the lights.

E1.31 is a protocol that allows controllers to receive data from show computers. This protocol will enable you to stream lighting data via an IP-based network. Each pixel is divided into 170 "universes," which are routed to one controller. To determine the color of each light, it must have a red-green-blue intensity value. It's similar to DMX, which is used in theatrical productions.

Each controller is assigned an IP address. It also knows the configuration of the lights connected to it. Next, it checks that a data packet is coming from the show computer and decodes it to determine the WS2811 data. Then it outputs the data stream directly to the pixels.

Let's take a look at the board (photo above). We start by looking at the power connectors to the left that power the lights. The pixels use either 5V (or 12V) power, so you can use a standard high-wattage power supply or custom-designed power supplies for LED lights. The board can handle both voltages simultaneously. The top and bottom of the board have 16 plugs that can be removed to allow the pixel connectors to the plugin.

The three most common types of pixels, such as WS2811, use power, ground, and data. Some pixel types also have a clock pin. The microprocessor is responsible for supplying the signal and connectivity required to interface with the pixels. Four drivers ICs boost the signal level output of the processor, making it suitable for driving pixels far from the controller. On the right side, we also have external connectivity. This includes both legacies DMX outputs and Ethernet. Many controllers are available from HolidayCoro and Falcon, but all share a similar layout. 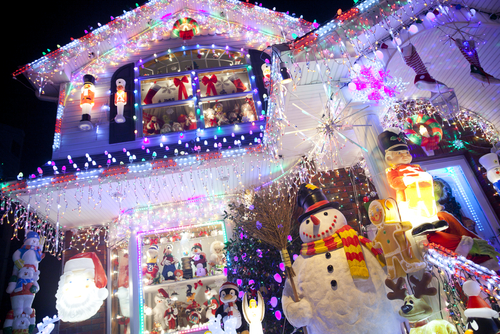 Playing Sequences To Make The Show

It is easy to run the show once you have all the necessary components. The controller simply needs to be told what configuration of pixels is attached to which output port. You can also change things such as brightness or pixel order. Each controller is configured via either a web interface or a program.

To store audio and sequence data, the last thing you need is a computer. Of course, using a laptop is also possible, though one of the most common show computers for its accessibility and cost is a Raspberry Pi with the Falcon Pi Player software.

It loads the sequences that we have programmed, plays the audio, and then sends the lighting data to the controllers. The controller configuration is also required for this computer to send the correct data. So that listeners in their cars can hear it, the audio output is often fed into a portable FM transmitter.

The lighting effects are created first in software. After that, the software is exported to a show file, which includes the color data for every pixel at each moment. The show file can be played using a show computer that outputs the light data to controllers using the E1.31 protocol. Controllers receive the packets and then output the WS2811 data to pixels.

These displays require a lot of technology, and there is still much to be done. However, the setup of pixels is becoming easier and more accessible. In addition, the controllers are becoming more powerful but also more user-friendly.

Are You Interested In Setting Up Your Own Display?

Although it's too late to make one this year, many resources will help you. A YouTube series can help you get started. You have two options: either buy ready-to-use elements or make your own. It all depends on how hard you want to work with the soldering iron and how skilled you are at making them.

Although the initial cost of these displays is high, they are becoming more affordable each year. A 50-pixel strand of strands or strips will set you back around $10 in China, while a controller will run you around $200. Basic tools such as PVC pipe and metal conduit, zip ties, and hook-up wire are also affordable.  Prices may vary depending on where you live.

More in this category: « Best Ways To Store Your Christmas Lights

You are here:Display Technologies»How The Heck Do All Those Christmas Lights Work?