Top Places in the US to See Best Holiday Lights 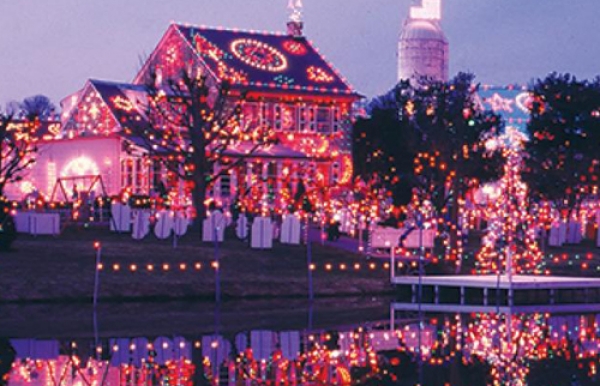 They help set the mood for festivities as well as add the much-needed glamor to an otherwise dull winter season. Some light display locations are certainly noteworthy simply because they represent genius and creativity in light display at its best.

Here are some top places to see the best holiday lights in the US.

Top Places to see best Holiday light displays in the US

This light display is dubbed the Hershey Sweet Lights Holiday Drive- Thru Spectacular. True to its name, it is spectacular in every sense of the word.

Visitors drive through a stretch of 2.3 miles through the woods lighted with over 600 light displays. These lights are themed, which creates an even more beautiful spectacle.

Additionally, the woodlands are pervaded with the sounds of the season, which makes the drive through them all the better. The light festival starts from 11th of November to New Year’s Day. It is without a doubt one of the best light displays in the country.

This display is also known as the Ozark Mountain Christmas. The night sky is lit up with over 300 displays, and the view is nothing if not magical.

Additionally, you can attend an equally vibrant and spectacular display known as the Shepherd of the Hills Trail of Lights. The drive through is about two and a half miles long, and on that drive, you will see some of the best holiday lights.

At the Silver Dollar City Park, an explosion of over five million lights set a thousand trees in the park aglow. Nothing is more reminiscent of the traditional Christmas than this display.

There is also a magnificent five-story Christmas tree with special effects that only adds to the dazzling view of the park during this festival. 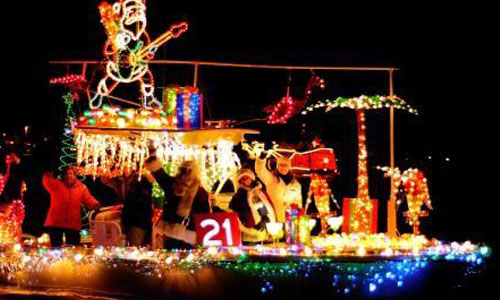 This may not be one of the most famous displays in the country, but that does not make it any less spectacular. The festival here is dubbed the Lights on the Bay. It is also a drive-through holiday lights display that is awe- inspiring.

There are over 60 animated and stationary light displays that set the bay aglow. The displays are ocean themed as evidenced by a glowing lighthouse and blue light emitting crabs. The festival runs from 19th of November to 1st of January.

The largest light display in Chicago is known as the Harris Bank Magnificent Mile Lights Festivals. It attracts people by the hundreds of thousands. It is immensely popular and equally vibrant.

The festival includes marching bands and musical performances. Some of the performers illuminate a million lights over the 200 trees that line the Avenue, much to the delight of those who attend the festival.

Admission to the festival is free of charge. The festival usually takes place on the Saturday before Thanksgiving.

There are much more light display locations across the country that are worth your attention but these are some of the most popular.

During the next holidays, you certainly know what light festivals to attend.

More in this category: 10 Of The Best Christmas Lights Displays Across The US »

You are here:Popular Christmas Light Displays»Top Places in the US to See Best Holiday Lights